Dying My Hair While Pregnant: Is it Safe?

It’s important for women to feel good about themselves during pregnancy, with all they have to endure. Naturally, coloring your hair adds shine, vibrancy and richness to your hair as well as brings out your skin tone and eyes, so it will make you feel good. Remember, the happier you are, the happier your family will be and by no means are you a “bad mother” for wanting to feel comfortable and good in your own skin. Pregnant or not, self-esteem is key to living a happy, fulfilled life. 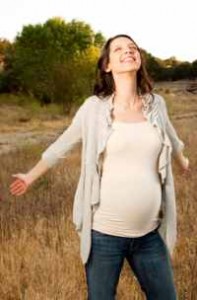 On the flip-side, you naturally have concerns about it being safe for your developing baby or not. Opting for nine months of no haircolor, could sound dreadful to you, so here are some speculations and facts regarding this topic.

Some Information For You Compiled From Many Resources….

1. The Organization of Teratology Information Services (OTIS), which provides information on potential reproductive risks, says that studies show that there are no reports of hair color causing changes in human pregnancies, even when many women have colored their hair during pregnancy. They also point out that the chemicals are actually not absorbed into your system. Some doctors tell women not to color their hair while pregnant, because it may be absorbed into the blood stream through the scalp. If this were a 100% true statement, women would most likely get very ill every time they color their hair.

2. In a salon environment, the only undesirable thing that can go unexpected would be that your color may not absorb properly or lighten as well as it normally would, due to hormone fluctuations in the body. Other scenarios of this happening include medication intake, build-up of silicone-based, over-the-counter hair products and box haircolor can provide similar results.

3. On the other hand, there are many doctors who have been in practice 25+ years, have delivered over 1,000 babies and have confirmed that the mothers who colored their hair while pregnancy had perfectly normal and healthy babies.

4. A 2005 study suggested an association between hair color and pregnancy and the childhood cancer neuroblastoma. Other studies on the use of haircolor before and during pregnancy have reached the conclusion that it’s unlikely that doing such would increase the risk of childhood tumors.

1. Wait until the second trimester when your baby is less vulnerable.

2. Instead of all-over color, consider highlighting, ombre or balayage techniques for adding dimension to your haircolor. These chemicals have little to no contact with your scalp. Note, haircoloring agents that would absorb into your system would be through your skin, not the actual strand of hair. 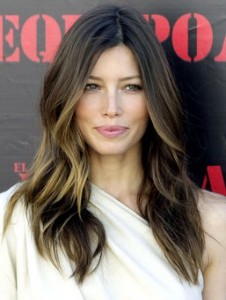 3. Vegetable dyes, although are advertised as “natural” can have the same synthetic compounds that the professional haircolor companies put in their haircolor. These are a no-go.

4. Pure henna is considered safe, but there are downsides: It’s very messy to use, must be left on 4-8 hours, and fairly expensive. It only comes in two colors- clear or red. Note that henna products that are in health and natural food stores usually contain potentially risky metallic compounds and synthetic chemicals, which can damage your hair. But, real henna is completely safe during pregnancy, as long as you are not allergic to it. Henna, also can turn your hair green, build up on your hair and make cleansing more difficult. It is also harder to remove if you ever want to change your hair color afterwards.

5. Many OB-GYN’s tell their patients to make sure the area your hair is getting colored in is well-ventilated to minimize the intensity of chemicals you’re breathing in. To completely rid of the odor, opt for a non-ammonia option such at Redken’s Chromatics haircolor, which can be scheduled here.

A testimonial from a real mother who colored her hair while pregnant:

“I had my first child in 1993. At the time I was 22 and traveling worldwide as a runway model for Matrix Essentials (hair color company). Not only was my hair colored at every show about every two weeks but I was backstage where I ended up inhaling chemicals that made me worry. I stopped modeling at 5 months pregnant. My son will be 14 next week and is not only perfectly healthy but a genius who took the college SAT at 12 years old scoring in the top 25% of graduating high school seniors. Maybe coloring your hair while pregnant produces genius. I figured my statement is ridiculous as stating that doing the one thing that will help boost your spirits during pregnancy will harm your forthcoming child.”
posted 12/04/2007 by a BabyCenter Member

For another opinion from more professionals, seek out your healthcare provider for more information. Otherwise indulge in relaxation, being pampered and leaving with shiny, healthy hair by a Hair Designer of your choice at Ultimate Image Salon in Exton, PA.

Welcome to Ultimate Image Salon and Spa, where we have been perfecting the art of pampering for over 40 years! Serving the entire Pennsylvania Main Line area and beyond since 1977, we service clients from the Exton, Downingtown, Chester Springs, West Chester, Coatesville and Malvern PA area with the Ultimate in salon services from head to toe.

Please complete the form below and a staff member from the salon will get back to you shortly.

Helpful Information
In Your Inbox

Call : 610-363-8710
or click the button below
to schedule your appointment
Schedule Appointment
SIGNUP FOR OUR NEWSLETTER
MENU